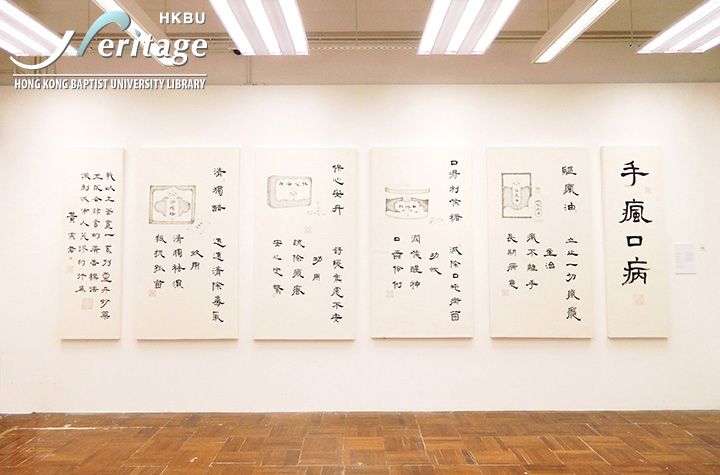 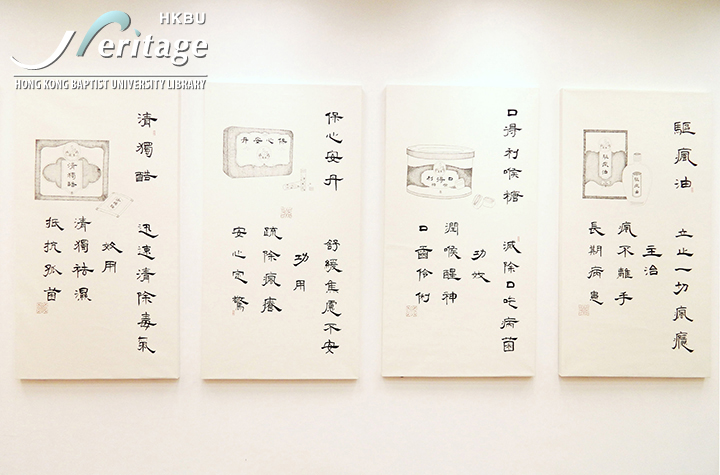 People now can text message on a smartphone and simultaneously update their status at ease. However, the convenience brings out anxiety when people suffer from phone withdrawal. In an attempt to reveal the psychiatric unwellness and the distorted form of communication caused by smartphones, my work aims to question the epidemic of addicted behavior. Executed in clerical-script calligraphy that conveys the efficaciousness of a special elixir, a series of medicine advertisement is portraying ironic products in gongbi, or fine line technique in Chinese painting that claims to cure the so-called "Hand, Phone and Mouth Disease". Revealing the ubiquitous phenomenon of smartphone addiction, this series mocks the absurd behavior of the city dweller in a playfully sarcastic tone.