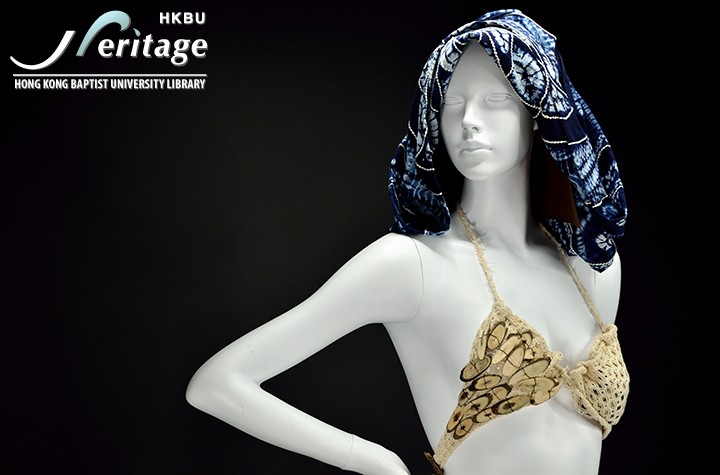 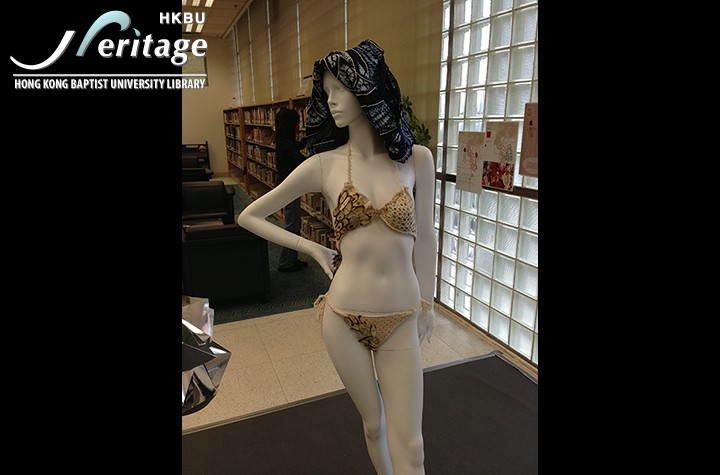 A yellow skinned woman is wearing a bikini made of isatis plant roots that cover little of her body, but her face is totally covered by a large ethnic headdress. Isatis plant root is a raw material of Chinese Canglan dye, which is also used as a kind of traditional Chinese medicine. Tie-dye cloth represents a rural and traditional culture, and the Canglan color (Tibetan blue) reminds me of the color of a deep, clear lake on a plateau that gives people a feeling of peace and harmony. I think this Canglan color represents the struggle of a Chinese woman's identity. Although she tries to integrate into the modern world dominated by the western culture, she cannot actually admit to it. She changed her appearance to enter the world, but it's not that easy to change her inner self.